It may sound odd to have a combination running-and-brewery tour, and we understand that it’s not for everyone. The truth is that many visitors to Portland enjoy running on our streets and paths to see even more of the city. Some of those routes could take you right to some great producers of craft alcohol for a refreshing treat. If you want to get out for a fun athletic adventure around Portland and work up a thirst, make a run for one of our Port City Running Brew Tours.

Running while on vacation or traveling for business can oftentimes be difficult. Running tours can be a good way to see a new city AND get your daily run in.

Port City Running Tours was founded in 2012 to offer private and customizable running tours of Portland, Maine. Running along cobblestone streets and manicured trails at your own pace is an incredible way to experience this beautiful and historic city.

The tours were started by John Calvin Stevens, III, the great-great-grandson and namesake of famous Portland architect John Calvin Stevens. Part of what makes Port City Running Tours unique is John’s family’s involvement in shaping the history of Portland. 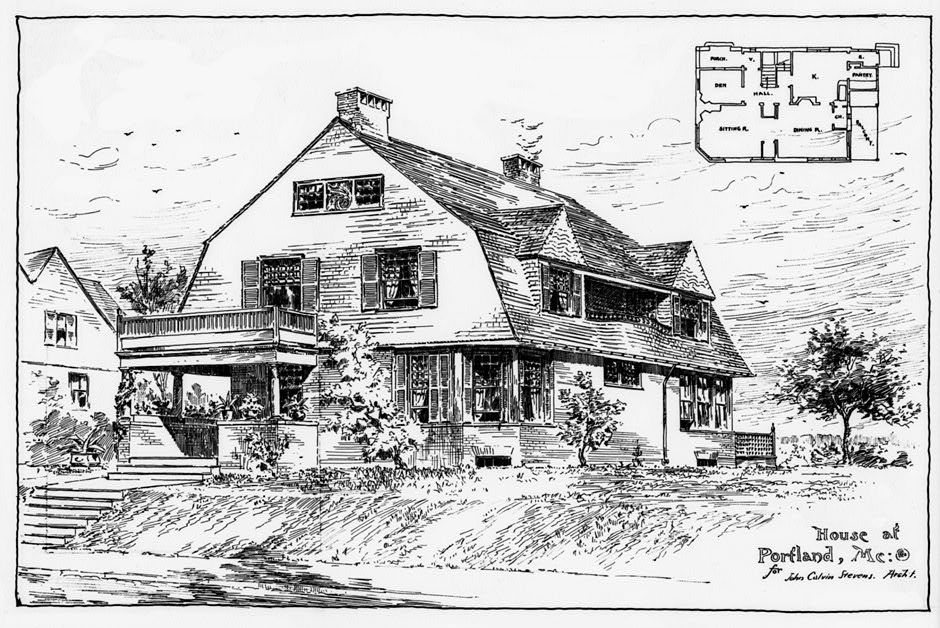 The Stevens family has been designing landmarks, houses, and buildings in the greater Portland area for four generations. John Calvin Stevens, the best-documented figure in Maine architectural history, practiced architecture in Portland from 1884-1940. He began designing buildings when he was 18 and didn’t stop until he was in his 80s.

During that period, he received more than 300 commissions to design or alter domestic, religious, commercial, government, and industrial structures on the Portland peninsula.

While best known for his graceful residences in the “shingle style,” John Calvin Stevens designed more than 1,000 buildings in the state of Maine. He left a rich and varied architectural legacy throughout Portland and the state. 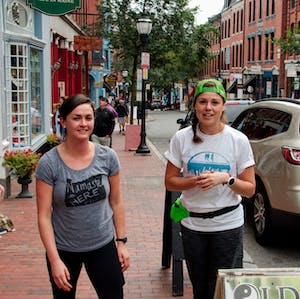 For several years now we have been working with John to offer Running Brew Tours in Portland. We meet at The Thirsty Pig in the heart of the Old Port to start our approximately 3-mile run.

Our guides will run at a relaxed pace to show you around the city and reveal its dynamic history. During our time together, we talk about the role Portland played in Prohibition and what the industry is like today. We will trace some of the path of a disastrous fire that destroyed the city in 1866, and how architects worked to rebuild the city. Along the way, the guide will point out several historical buildings and landmarks that remain to this day.

After the majority of the running is over, there are stops at three local breweries and producers of craft alcohol to taste their delicious treats. At each location, our guides will share the background of the owners and each company and explain how they fit into the big picture of the brewing industry in Greater Portland and in Maine.

Then it’s back to The Thirsty Pig to end the tour, where you can have a final but well-deserved beer on your own to celebrate your new knowledge of Portland.

The next time you’re traveling to Portland on vacation or business, don’t skip your run or limit yourself to a hotel treadmill. Get outside with us for a fun adventure on a Port City Running Brew Tour!

Don Littlefield is the General Manager of Brew Bus Tours and oversees the national operations of Brews Cruise, Inc. He sipped on some Black and Tan roast coffee from Coffee By Design while preparing this post. Twitter: @BeerinME

Will you run for craft beer? The Maine Brew Bus and Port City Running Tours have partnered up to offer you running tours to local craft breweries!