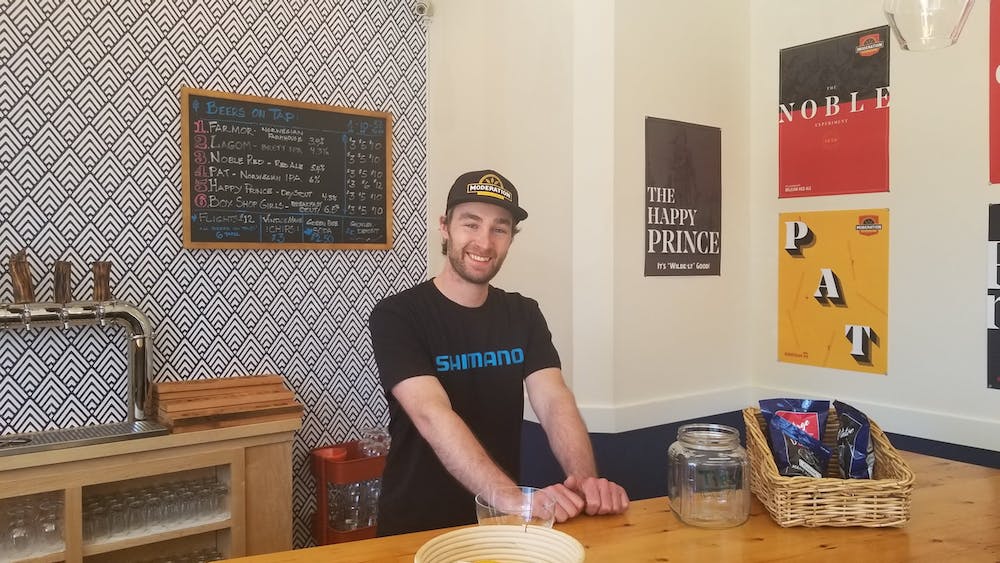 Many of our tours are designed around the craft breweries that are located right around Portland. But our new Northern Exposure tour heads north of Portland to check out this up and coming beer scene.

We are so excited about this new tour that we are bringing back a favorite name that has not been used for the past three years – Northern Exposure.

One of the most requested places to visit has always been Maine Beer Company. We started visiting them on our tours when they were in their first home at One Industrial Way in Portland. We have continued with weekly visits to their Freeport brewery, and on this new tour we will visit them before they open to the public for the day!

Maine Beer Company was started by brothers Dan and Dave Kleban after learning how to brew at home on a $300 system they found online. The brewery has gained national attention from beer drinkers, particularly for Lunch – a popular India pale ale – and for its spiritual successor Dinner Double IPA.

They moved their brewery to Freeport during early 2013, and eventually were brewing 13,000 barrels of beer a year on a 15-barrel brewhouse. They just completed work on their newly expanded facility that includes a 60-barrel brewhouse, and this will more than triple their production volume.

The second stop is a new one for us, a brewery located right in the heart of Brunswick.

Moderation Brewing opened just this past March. Founded by Philip Welsch and Mattie Daughtry, the brewery and tasting room is located on Maine Street in Brunswick in a building that dates back to 1875. The name Moderation is a play on a couple of different concepts, including the period before total Prohibition where people were encouraged not to drink – but if they do…drink in moderation.

The founders are striving for a comfortable place for people to come together and relax, converse, and indulge after a long day. Breweries like this one represent the connection between the locals through the shared love of good local brews, in moderation of course! Both Mattie and Philip are native to Brunswick and excited to share their love for their hometown and fresh, locally made and sourced craft beer.

The last stop on this tour has been a real guest favorite, and it is also happens to be located in Brunswick.

Flight Deck Brewing was founded in the summer of 2016, when co-founders Jared Entwistle and Nate Wildes saw an opportunity to bring a destination brewery to the college town of Brunswick, Maine. Entwistle has been brewing since he was 18 by staying up all night and storing beer in a closet so his parents wouldn’t know.

The brewery is located in a 4,500 square foot building that was previously the former Small Arms Range of the Brunswick Naval Air Station. Flight Deck has four fermentors and an entirely electric, seven-barrel brew house, which makes it the largest electric brewery in Maine. Learn how they actually use 100% renewable energy as you sip on their beers made from ingredients as exotic as sumac and as New England as blueberries.

After these three great stops, the tour heads to the highway for the swift trip back to Portland. The knowledge and experience gained on the Northern Exposure tour will not soon be forgotten. Especially with the beer from these stops safely stored in the cooler for later enjoyment.

The Northern Exposure tour runs every Sunday from 10:00 am to 2:00 pm beginning on June 10th. The all-inclusive tickets are $70 per person. More information about the tour can be found here.

Many of our tours are designed around the craft breweries that are located right around Portland. But our Northern Exposure tour heads north of Portland to check out this up-and-coming beer scene.