New Dates For Our Curling and Brew Tours 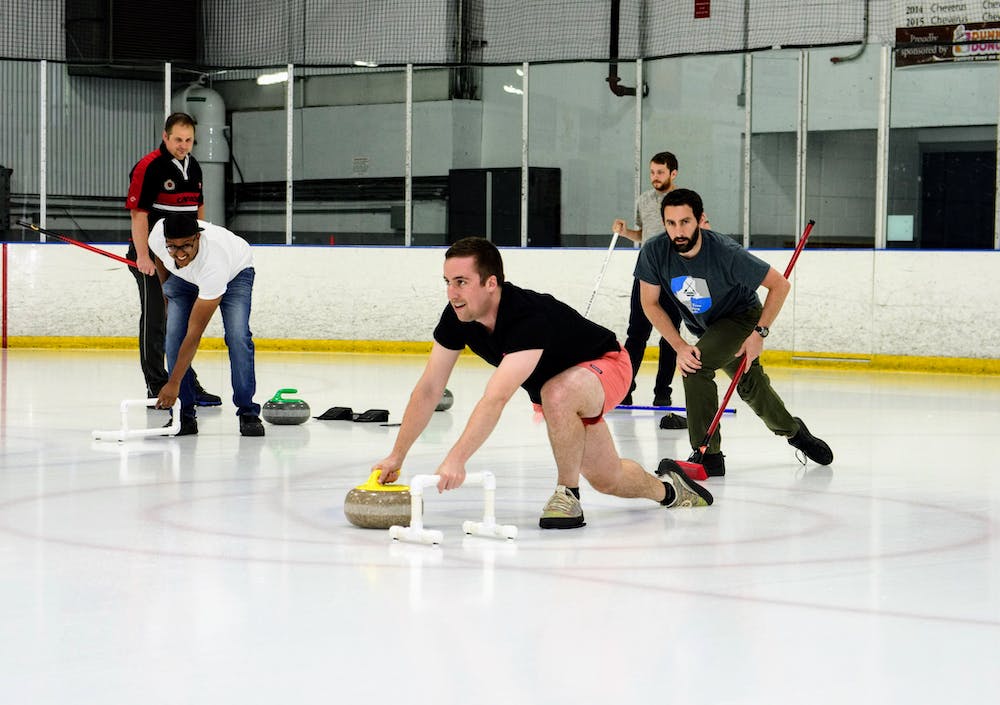 We are pleased to announce brand new dates from August through next March for our popular Curling and Brew tour, conducted in partnership with the Pine Tree Curling Club.

Our Curling and Brew tour first began in November 2017 as a special event during Portland Beer Week.

We knew that curling was an easy-to-learn sport for people of all ages and athletic abilities. So we built a tour that would teach some curling skills before everyone competes in a game.

We partnered with Pine Tree Curling Club for these tours. They were established in 2015 with a goal is to promote the sport of curling throughout the Southern Maine area by offering opportunities to learn and enjoy the sport.

After the time on the ice, we headed out on to visit local breweries.

That new tour was so popular that we brought it back for another one-time event in April of 2018. We then developed a monthly schedule for that winter that continued into this past spring, many of which ran with two buses. We have also conducted a couple of private and corporate tours using this model.

Over 300 guests have learned the basics of this sport since we started offering it – and that is why the Curling and Brew tour exists!

During the past few weeks, we have worked with the City of Portland to secure ice time at the Troubh Ice Arena. We then met with our partners at Pine Tree Curling Club to make sure that their volunteer curling instructors would be available to our guests on those dates.

So here it is…our Curling and Brew tours will now be offered from on the last Friday of each month starting in August and running through March 2020.

There is also an additional date to kick off the new season! Join us on Friday, August 9th when we will be visiting Bunker Brewing Company and Mast Landing Brewing Company after the time on the ice.

This tour is also available as a private or corporate tour on other days, depending on ice time and club availability. Contact our Group Sales Coordinator to find out more.

Plan to take a Friday off and join us for some very unique fun playing this social sport. Bring a group of your pals to play…or get together with a team of new friends.

Don Littlefield is the General Manager of Brew Bus Tours. He enjoyed a Frye’s Leap IPA from Sebago Brewing Company while preparing this post. Twitter @BeerinME

Haven’t you always wanted to try curling? Now you can, right on the ice with experts and then enjoy a brewery tour.