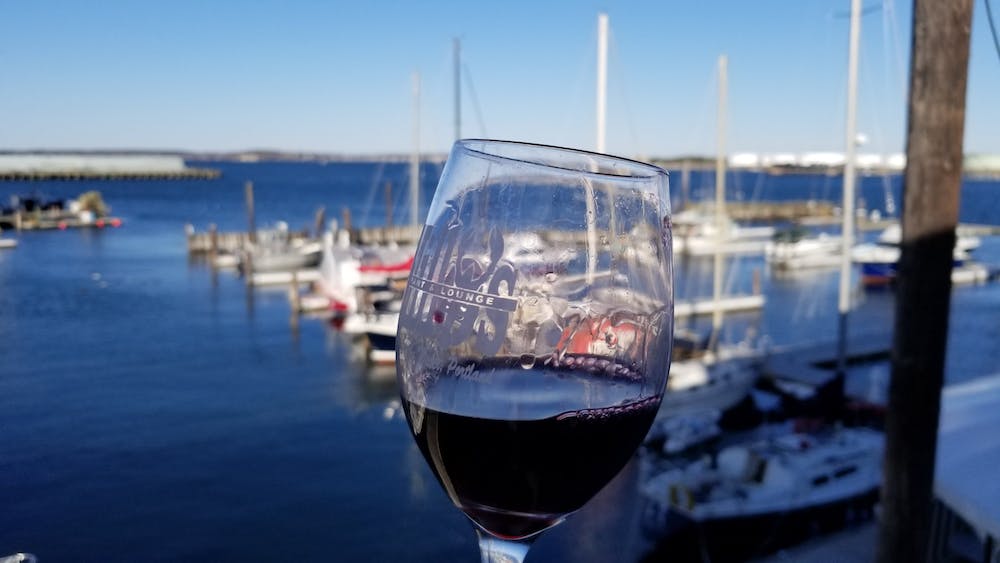 Every regularly-scheduled public tour we have run since 2012 has featured at least one brewery on the itinerary. Many of our tours feature only great beer from Maine breweries. But now we have introduced an all-wine itinerary every Saturday afternoon that is appropriately called…Not Your Average Wine tour!

We are lucky that Portland, Maine has been known for their unique craft beer scene for some time now. But, what about our local wine scene?

With over 20 different wineries in the state and four different companies in Portland producing a wide variety of different wines, it’s finally wine time on The Maine Brew Bus.

Most of the wineries in the state are working with products grown specifically in Maine in spite of the typical harsh weather and shorter growing season. The winemakers’ skill and abilities to think outside the vine has truly taken root.

And lucky for us, Portland has become home to a few of the big names and newest contenders in this ever-growing industry.

There is another reason why it makes sense to feature a tour with only wine. The numerous requests we have from our guests for a gluten-free tour.

An increasing number of people have become aware that they are better off by removing or limiting the amount of gluten in their diet.

Gluten is a type of protein that’s found in many grains, primarily wheat by-products. Other grains that contain gluten include barley and rye, and varietals like wheat berries, semolina, and spelt.

That means that gluten is found in nearly every beer that has ever been made in history, and also in many distilled spirits such as gin, whiskey, and bourbon. But generally, gluten is not found in wine.

With wines made from grapes, honey, and even rhubarb, this unique tour allows you to explore the Portland wine scene in a way that you won’t find anywhere else and with stops that will truly change your perspective on what wine even is!

Here is the itinerary for Not Your Average Wine Tour, which runs every Saturday from 5:15 to 8:30 pm:

For our first stop, we will be visiting Cellardoor Winery at the Point. In 2007, Bettina Doulton bought Cellardoor Winery of Lincolnville, ME. Once she visited Lincolnville in December 2006, and saw the 68-acre, 200-year-old farm that featured a 1790s post-and-beam barn and old farmhouse, as well as a state-of-the-art winery across the road, it was a done deal.

Next up, eighteen twenty wines. Founded in 2017 and located in Portland’s East Bayside neighborhood, Eighteen Twenty is named for the year that Maine became a state. Their primary focus is wine made from locally grown rhubarb. They partner with local farms to get the rhubarb and make all of their wines, by hand, at their location on Anderson Street. Their wines may be made uniquely but people are often mistaking them for wines you know and love like – french roses, sauvignon blancs, and pinot grigios.

Occasionally, the tour may stop by Blue Lobster Wine Company also located in East Bayside. When you think about how wine is packaged, you typically think of glass bottles. But what if a local company could take exceptional wine and then package it into convenient kegs and cans? Blue Lobster Wine Company was founded by Chris Gamble in Portland, and he works with wine producers from around the world to source a collection of great tasting wines, including reds, whites, and rosés. In their tasting room, we will learn about the selection methods, the cellaring process, barrel-aging, as well as blending before packaging.

Last but not least, we’ll stop at Honeymaker Mead. Founded in 2007 by Ben Alexander as Maine Mead Works, Honeymaker strives to reintroduce the world to the oldest of all fermented beverages: a wine made from honey called mead. In collaboration with South African scholar Dr. Garth Cambray, they developed a state-of-the-art continuous fermentation system, bringing mead making into the 21st century. While traditional mead is often heavy and syrupy, you’ll be pleased to find that the team has developed a light, dry, modern take on the formula.